Anyone for pizza? We’re now home to Magic Mountain Wood Fired Pizza, on Tuesday evenings from 5pm. ‘Lulu’, the trusty pizza van, will be parked just outside the centre providing delicious treats for the town. On a night when most of our other pizza places are closed we’re sure this will be a welcome addition to the Kirkgate Quarter.

A welcome return to the Kirkgate for the award-winning and highly acclaimed Le Vent du Nord.  The group’s vast repertoire draws from both traditional sources and original compositions, while enhancing its hard-driving soulful music with a broad range of global influences.

Ground-breaking, chart-topping, genre-bending, globetrotting, instantly enthralling… it’s little wonder that Talisk rank highly amongst the most in-demand folk-based groups to emerge from Scotland in the last decade and more.

Mohsen Amini (BBC Radio 2 Folk Awards’ Musician of the Year 2018), Graeme Armstrong and Benedict Morris  (BBC Radio Scotland Young Traditional Musician of the Year 2019) fuse concertina, guitar and fiddle to produce a truly innovative, multi-layered signature that has captivated audiences around the globe. At its core, three seemingly acoustic instruments – but in the hands of three master craftsmen; one unmistakable, bold sound and a captivating live show.

Half Term fun for the family!

We’ve got two fantastic family shows over half term, thanks to Arts Out West 🙂

Playful, colourful dance theatre for families. Three dancers take you on a funny, delightful and heart-warming journey, exploring our curiosities and fears, the times we feel different, and when we belong.

Inspired by the well-known Anglo-Asian phrase ‘same, same…but different’, meaning “Yes, something kind of similar, but not the exact same thing”, the performers conjure a magical atmosphere, where we celebrate our individuality, diversity and the bonds which connect us all.

The Ensonglopedia of the Human

What does it mean to be human?

This show provides twenty-six answers, one for each letter of the alphabet. A lighthearted musical look at the anatomy, evolution, habits and quirks of that strange species, the Homo sapiens.

These answers are drawn from a wide range of fields including evolution, anatomy, sociology, psychology and philosophy.

An Ensonglopedia is a musical and alphabetical adventure, with a range of amusing and educational songs on a single theme.

The songs are fact-checked by scientists and professors at sixteen different charities, Universities and institutes. 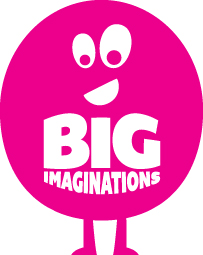 Cinema at the Kirkgate

We’re almost ready to unveil our winter film titles… watch this space! Or join the mailing list, if you haven’t already, for regular updates on all our events.

We are also currently offering a fully 2m socially distanced matinee screening on Tuesday at 2pm* (bar open 1pm), and in response to requests from customers these screenings will be shown with subtitles.

*From half term the matinee screenings will be moving to Wednesday at 2pm (still socially distanced and subtitled).

For more information, and to book, simply click on a title…

The Kirkgate Centre is a COVID19 secure venue.

We ask customers not to attend if any of the following symptoms are present:
- a new and persistent cough
- a high temperature
- any loss of, or change to, your sense of smell/taste

Hand sanitiser is provided upon entry to the building, and additional cleaning measures have been introduced.

There is a one way system in operation, and persons visiting the building must leave their name and contact number on entry.
(Please note this is not required for those who have booked in advance for a show, or those attending classes where records of attendees are already kept).

Face coverings must be worn inside the building and all safety signs and advice must be adhered to by all staff, volunteers and visitors.

Thank you for your patience at this challenging time.

This website uses cookies to improve your experience while you navigate through the website. Out of these, the cookies that are categorized as necessary are stored on your browser as they are essential for the working of basic functionalities of the website. We also use third-party cookies that help us analyze and understand how you use this website. These cookies will be stored in your browser only with your consent. You also have the option to opt-out of these cookies. But opting out of some of these cookies may affect your browsing experience.
Necessary Always Enabled

Any cookies that may not be particularly necessary for the website to function and is used specifically to collect user personal data via analytics, ads, other embedded contents are termed as non-necessary cookies. It is mandatory to procure user consent prior to running these cookies on your website.